I’m going to start off by saying this isn’t really a review. I don’t do episode by episode reviews because it’s difficult to keep the macro in mind: I struggle with assessing pacing, especially when it’s a series where episodes are released weekly. Rather, this post is just my thoughts on Attack on Titan, season three’s first episode. And boy, did I have a lot of thoughts.

Let’s start at the beginning: the opening. It features YOSHIKI (X Japan) and Hyde (L’Arc-en-Ciel). You can check it out here:

This OP sets the tone for what we get in the premiere, really. It’s different. A far cry from seasons one and two’s bombastic, percussive and aggressive music, this piece is slow. It’s nostalgic, almost forlorn, and largely centers on the youth of our protagonists. I think arguments could be made in support and ridicule of the opening. Personally?  I didn’t really like it, apart from the feelsy bits. Like, it was nice to see them smiling in a show where literally no humans smile.

The episode begins with a time-skip. Future, long haired Eren is at the beach, musing about Armin’s thoughts about the sea and his own thoughts about what lie beyond it.

I’m not sure how I feel about the appropriateness of this scene. I get that it’s a hook and that we want to know more: how did Eren get to the sea, why is he alone (what happened to Armin and Mikasa?!), is Eren dead? But honestly, it seems to give a bit away. Regardless if Eren is dead or alive, he’s older– meaning that he lives past the present. This basically throws Attack on Titan’s ambiguity of main character survival out the window, which was one of my favorite attributes of the series. I will say this scene is pretty, somewhat evangelical, and that like the opening, feels very different than the previous two seasons.

We then switch to the present and are faced with the aftermath of season two. There also are some nods to the prior seasons, including an emphasis on Levi’s clean-freak nature. We also got to see Jean, our normal boy who was missing entirely last season! So it was nice to know he wasn’t eaten, I was getting worried about my relatable af homie.

The second point I want to make is my issues regarding the animation, specifically in regards to our leading lad, Eren. Here’s some shots of how he looks in  seasons one and two: 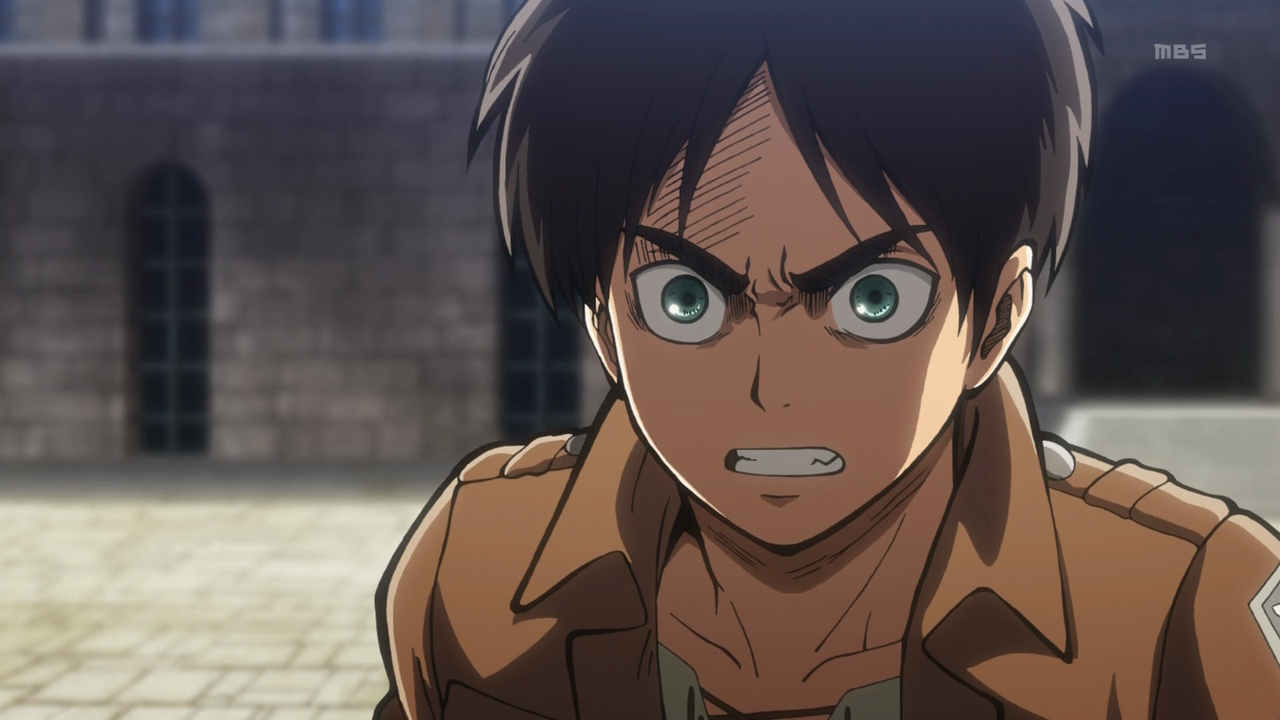 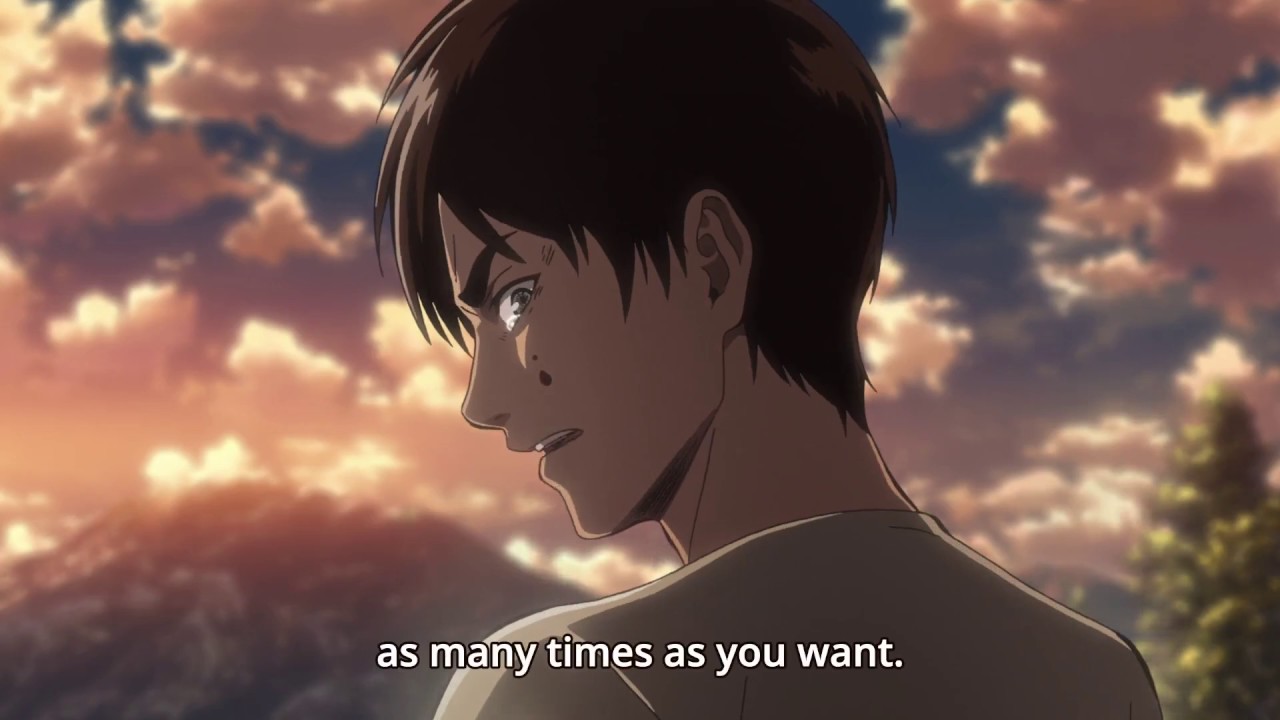 Now let’s look at some shots from this premier episode:

It’s not just me seeing this, right? It’s not merely a “this character has aged / matured” way, either. To me, his features looks softer, as if they’re trying to make Eren more attractive? I mean look at those eyebrows, alone! It’s difficult to catch in these images, but throughout watching the first episode, I found the difference not only noticeable, but distracting. I’m sure I’ll get used to it, but as a viewer I was unsettled with these deviations: they did not feel earned or warranted.

The majority of the episode discusses the instability between the branches of the military, and that our protagonists aren’t safe (were they ever?!). It seems like this season is also going to focus primarily on Levi, which I’m totally excited about! Levi is one of my top characters of all time, and I am always game to see him acting badass as well as getting more of that tragic back story. Go on,  hit me right in the feels: I love the angst.

Good to know that the commitment to fight scene animation hasn’t decreased.

Nor has the commitment to gore.

Ultimately, I’m skeptical. I found this episode pretty disappointing, and while I’m excited to see what this season has in store for us viewers, I’m also apprehensive.

But what did you think? Am I off base? Let me know in the comments below!