“I want to play games for the enjoyment.” 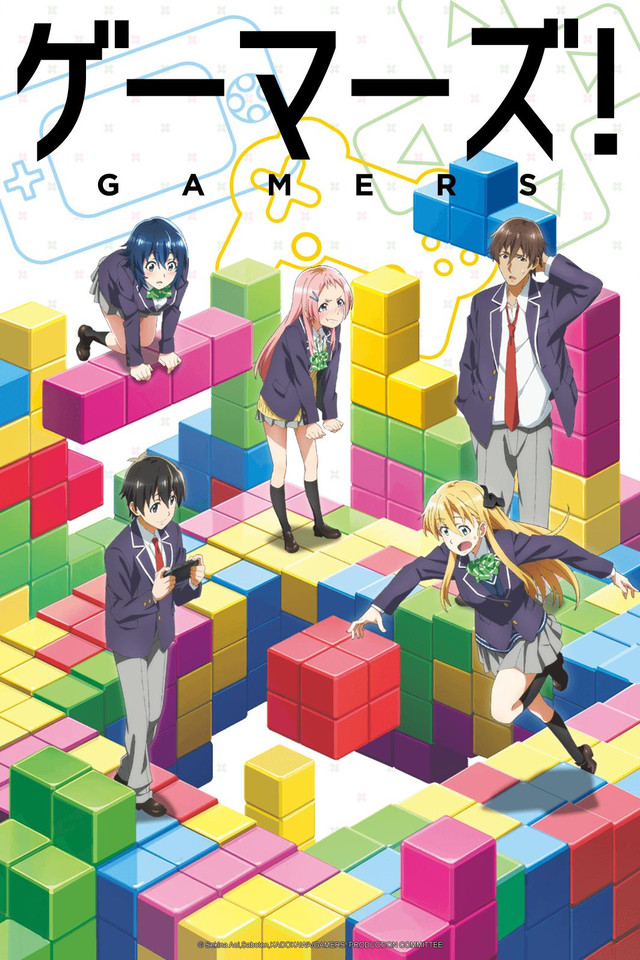 Gamers! follows Keita Amano, a high school boy who enjoys playing video games. One day, he’s approached by the beautiful school idol, Karen Tendō, who asks him to join the school’s Gaming Club. Keita attends one meeting to discover the club focuses on competitive gaming and he declines her offer. This rejection sets off a trigger of events in the lives of Keita and his fellow students in matters of both video games and romance with no small amount of misunderstandings along the way.

Someone needs to make a post/list of overrated romance anime. Maybe that someone needs to be me… It still baffles me how titles like Gamers! make it into the 7/10 list on MAL, and I’m left with a strange mixture of frustration and fascination.

Let’s start off positively, though. This series is fairly authentic: it’s a slice of life about high school nerds who play video games– full of romance, drama, slap-stick comedy and miscommunication. But if you’re looking for something that actually deals with gaming protagonists, this probably isn’t the best. They don’t spend a lot of time playing games and while there are some references thrown in, that’s where the gaming experience ends–instead the plot is solely relationship-focused.

This “plot” is ridiculous. Rooted in unbelievable conclusions drawn by its characters and their inability to communicate with their various love interests, the story has zero weight. And these interactions are supposed to be humorous. It’s intended that this sort of dramatic irony will leave us entertained, when in reality it’s exhausting. The pacing is inconsistent at best. Aguri’s character is revealed too soon in the series, and we get Random Character #1’s perspective at the start of the final episode. In a word, it’s messy.

The characters offer little growth and many inconsistencies, though some show brief glimpses of depth. Karen was clearly open about her feelings for Amano-kun in the first episode, but by the middle/end of the series she’s acting as a tsundere. The “foreshadowing” in this episode doesn’t really add up, either. Her life isn’t ruined. Furthermore, Chiaki and Konoha (Chiaki’s sister) supposedly like Amano as well. I’m baffled. How can most of these characters find him remotely engaging when he is about as interesting as watching the microwave while your food cooks?

This anime is really a ship tease. It makes little effort to develop characters past base stereotyping, or exploring cultural ideas of gaming. It’s a series which looks for a casual, non-committal audience. If you want to watch something where you don’t have to get invested, this is probably a good match. However, if you’re looking for a romance anime with video games which offers some complexities with characters, plot and themes, Recovery of  an MMO Junkie is a much better option.

That’s it for me! Again, it’s a shorter review today as I’m still quite unwell.

Thanks for reading and watch on, Annieme-niac!