“What I need to do is make up for those weaknesses little by little. That’s where I’ll find my breakthrough. That’s what I believe.” 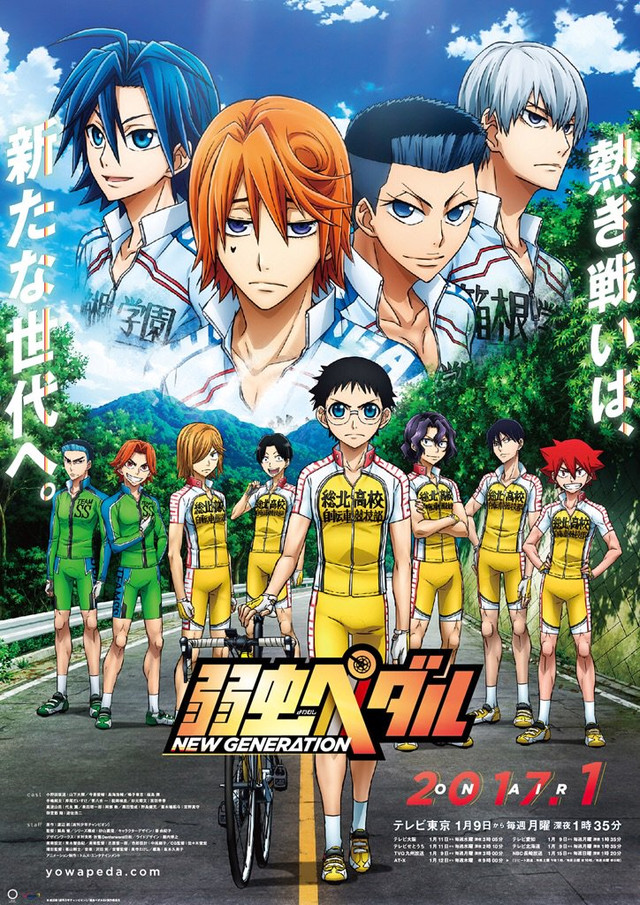 This is the third season of the Yowamushi Pedal saga. The second season follows our main boy Sakamichi Onoda and his teammates as they start a new year! With the third years gone and the pressure of being the returning champions, how will Sohoku High School’s bicycling team perform at the inter high?

It’s crazy to me to think that in about 20 days, I’ll have had this blog going for a full year. In that time I’ve met a lot of people and seen a lot of anime, and I thought it would be nice to revisit an old favorite: our bike boys from Yowamushi Pedal.

The sequel series starts off well. A lot of people have criticized the pacing of this season, that it starts too slowly by centering on the senpais leaving the club. I disagree wholeheartedly. Clubs weren’t a huge thing in my high school, or maybe they were and I just wasn’t in one, but I did play percussion in band. Each year when our seniors graduated, it became a time of recalibration, of strengthening our remaining assets and assessing/nurturing new talent. And, as I grew older, my position in that balanced progressively shifted from young-blood to mentor.

This passing of the baton is filled with a great number of emotions, including grief, excitement and inherited duty. We’re struck by the complexity, the tension, the characters represent. The inter-competitiveness of this group, kept in balance by their strong bonds of comraderie, is one we don’t see often portrayed in sports anime. It’s something the series does successfully: you can want to be the best and not want your senpai to win.

YP: New Generation incredibly portrays the deafening absence of the third years, the void their graduation brings to their now imbalanced team. Furthermore, Makashima doesn’t say goodbye to the team formally, and granted, that’s not his style, but it leaves his teammates in tatters. For the Onoda specifically, this translates to heartbreak, a small but present regression into his anxiety.

Personally, I don’t mind that they replay the first year’s race or the 1000km challenge. We don’t spend too much time on this, really, and I think it’s a good way of introducing our new characters, as well as giving depth to our new captain, Junta.

You can try and argue that this isn’t important, but  you’d be wrong.

Junta is entrusted with the largest responsibility and shoes to fill: the role of Sohoku’s bicycling club captain. Though the weakest player, he must become Sohoku’s strength. This isn’t something which comes easily and a fair amount of screen time is devoted to seeing him practice, strategize and prepare for the Inter-High. We see how he develops Kinjou’s Sohoku. We see his “I’m Weak” in direct opposition to Juichi’s “I’m strong”, a touch that I found a pleasant nod to the original series. It would be laughable for him to just become strong without this kind of treatment. To suggest otherwise is to deny his importance as a character in this series, but also the importance of training arcs in anime.

Other characters given spotlight are Naruko, Sugimoto and Koga, and consequently the characters who don’t grow are Imaizumi and Onoda (apart from getting over his initial regression and trying to become a senpai).

There are three main problem with characterization. The first falls with Red Bean the Second.

He is, at best, a more obnoxious Naruko.  Impatient, incompetent and immature, Kaburagi is simply the worst choice to round out this team. He’s even supposed to be a sprinter, even though he wants to an all-rounder. We don’t need more sprinters or all-rounders: we’ve got Aoyagi and Naruko, and Teshima and Imaizumi–that’s plenty. The most logical sense would be a climber.

The second and third fall to Kyoto Fushimi’s dynamic duo: Midousuji and massage-boy.

After the glorious backstory-done-right we had last season, I was beyond disappointed to see Midousuji reduced to the flat villain creep he was in season one. It was unjust, unfair and just… why.

As for massage boy who comes out of no where and literally slides his hand underneath and up Imaizumi’s spandex before the race?

In all seriousness, if he’s supposed to be an important character, why don’t we learn more about him? But honestly I don’t think that’s the solution. Rather than adding more and more and more big-bads (THERE ARE SO MANY), Yowamushi should focus on furthering the development of the good characters they have.

Nevertheless the series is very Yowamushi. Since the plot follows an identical structure to season one–I’m talking plot events, but not outcomes– it’s very authentic. While we could have put some of the time to better use or different competitions, they set out to explore what no other sports anime has ever done: what happens when the senpai’s are gone? 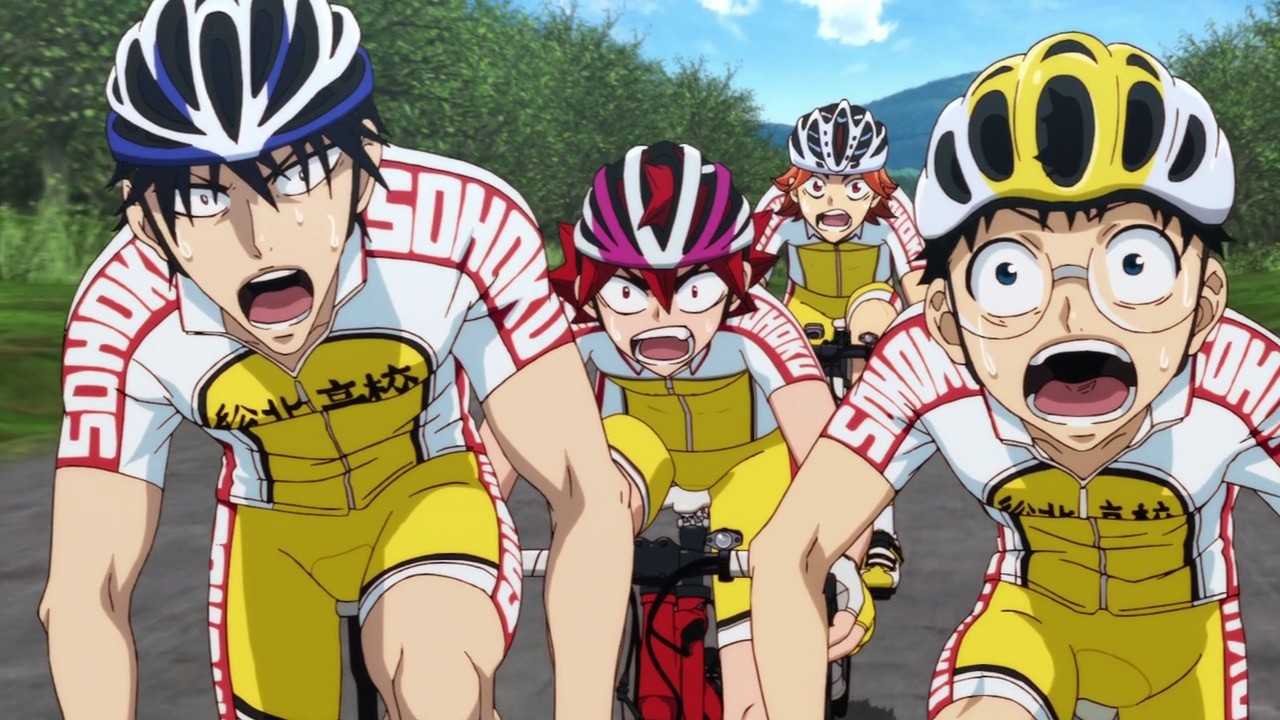 It’s difficult not to love the show since it still has the same feel of the previous series. Overall, I binged it easily and enjoyed it thoroughly. Can we also appreciate our little bike weeb got a new OP for his Hime anime? That was a lovely touch!