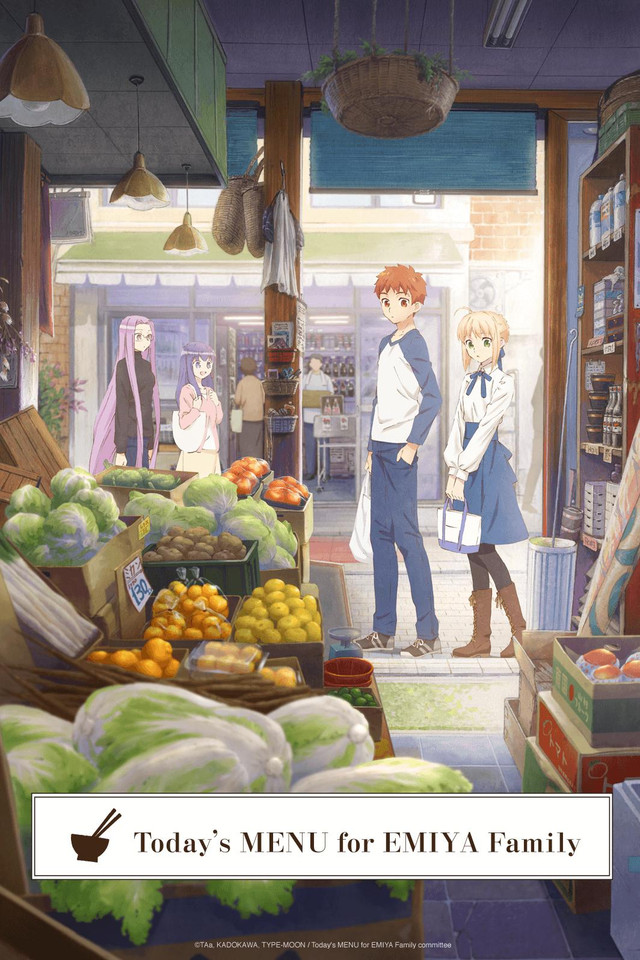 Today’s Menu for the Emiya Family (Emiya-sanchi no Kyō no Gohan) follows Shirō Emiya as he cooks for his family and friends Fuyuki City. That’s it.

I tried this show out on a whim without ever watching the original Fate/ Stay Night, and I have to say it’s really enjoyable! To be honest, I didn’t know it was a spin-off series when I started Today’s Menu, and I only discovered so when I started writing this review. Initially, I had a lot of problems: the nonexistent plot line, the unexplained characters, the strange magic/non-magic setting— it all led to me being quite confused.

But when we take into account that this is a daughter series, the lack of exposition and plot makes a lot of sense. The casual vibe, underscored with its pastel/watercolor animation makes it easily digestible (puns always intended, yo!), and the series capitalizes on this slice of life trope. 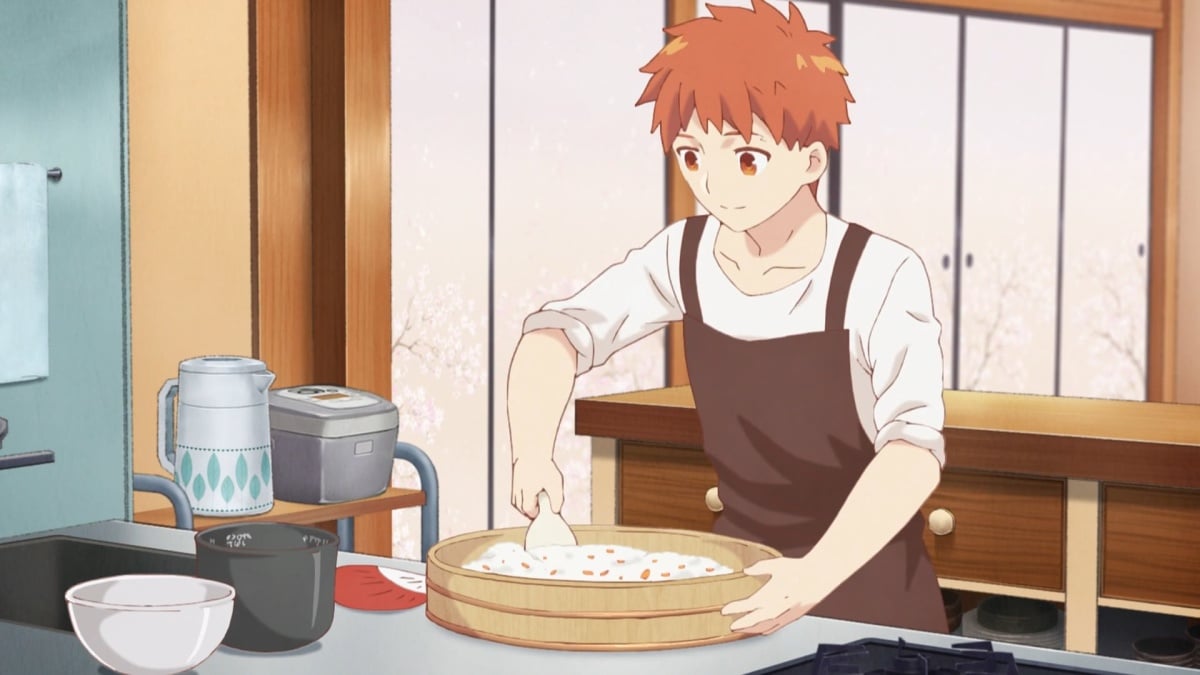 The episodes are short, about half as along as a standard anime episode, which helps with its pacing. Honestly, I can watch anime about the most mundane things, provided it’s well-executed, but most people would get bored. By shortening the episodes, we’re limited to the necessities and the content makes more of an impact than if it were watered down with ill-used minutes of filler.

Our main focus is the food, specifcally Shirō’s, how it is prepared and the impact it has on the people who eat it. The cooking is insightful, authentic and well-animated. I had to make sure I had a snack while watching this, because everything looks so delicious! 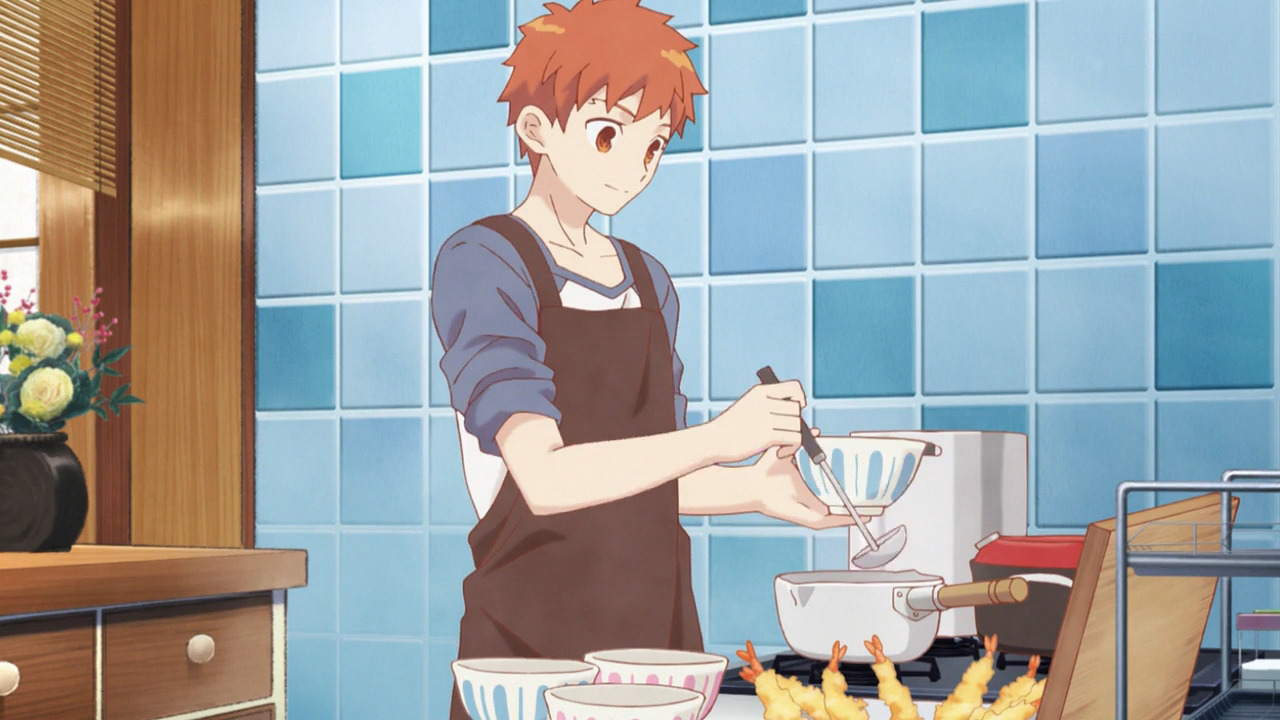 I will say that the series is slightly inconsistent, though. While at first glance it seems like the characters are devoid of the magic, the series breaks into its fantasy roots with the introduction of an unnecessary volleyball match. However, this is understandable if we consider the target audience is Fate enthusiasts. This series is less of a standalone and more of an extended filler piece. It’s fluff. We get to see characters put in different situations, and in a way, that’s really satisfying.

Ultimately, the show was good even if you had never seen Fate before. Thoroughly enjoyable!