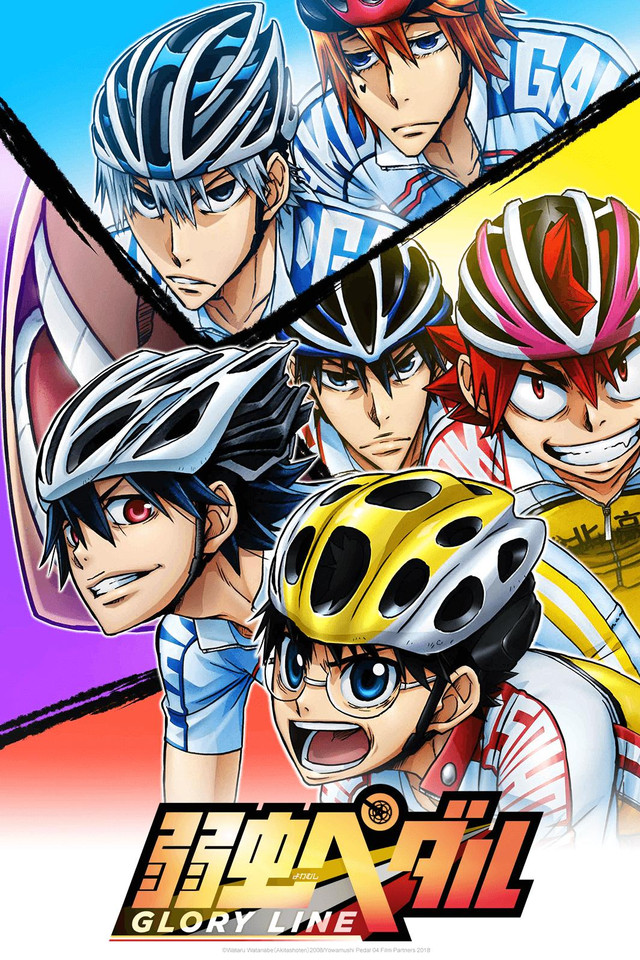 This is the second series’ second season! For season one, go here, or to check out the first series, go here!

I wanted to like this season so badly, and as a big fan of the first series, and a still there, if a bit slimmer fan of the second series’s first season, my disappointment was the equivalent of getting a flat tire in a race.

Some good parts are the cracking of Imaizumi and Naruko’s awareness. Both of these character points were well set up and believable.  Kaburagi’s arrogance, while annoying is also valid, and his refusal to admit he’s falling behind is something that I can get behind.

One thing that I appreciate is that Sohuku isn’t winning. Try as they might, they haven’t collected a single colored tag and are in no way the same team they were in series one. This is great, because it’s not realistic to replace the third years’ experience, skill and endurance, their mental fortitude, or the responsibility they shouldered.

One of the best episodes is when we get to see Makashima and Toudou race. There’s not anything super special about the moment: it’s really heartwarming and provides a lot of closure, sure, but what makes is great is the fact it was something different. It wasn’t the same old drama reinjected into the new series. Instead, it added to the feelings of grief and loss of loosing our senpais.

This season has some horribly stagnant moments filled with agonizing and unecessary repetition. The pacing… I don’t know how I even begin to talk about it. It’s like watching a herd of turtles stampede through peanut butter. I just want it to end. The previous series covered two seasons. This included the training and the entire Inter-High race. While our training is reduced, the race scene is bloated with unimportant filler. Nothing is really being added to the story, no characters are being fully developed. The plot is okay, but it gets bogged down by being stretched past its limits.

Once again, we’re shown Midousuji’s sickly mother as a way to gain empathy. While this was successful in the first series, I was infuriated and offended with its inclusion in the second. If you read my review of series two season one, you know how crestfallen I was to see Midousuji reduced to the flat villain he was in series one, season one. He had such a wonderful backstory, and they through it out the window, only to bring it back now? And they’re not even adding to the backstory. It’s the same thing: he visits his mom everyday, until he can’t because she has died. We knew this already. Why bring it up again? Why waste our time? The second thing I touched on in that review, was Kishigami’s inclusion into the story. I was upset we didn’t learn about him, and we get to know more about him in this season. He likes touching peoples’ muscles, and he’s kept that a secret from practically everyone until he’s introduced to Midousuji. We’re given a wrapped bento as an image to nail this down to, and while that’s all fine and dandy, I just don’t care. I don’t care about his backstory, because I’m so offended about the treatment of all the other existing characters.

I’ll say it again: we don’t need more bad guys; we need more development of the characters we have. Yowamushi Pedal fell into this problem before with Grande Road and the addition of snake-boy Machimiyah Eikichi.

I will say that the first OP, ‘Boku no Koe’, is absolutely kick ass, and I listen to it a lot to get pumped up and excited about the day!  That said, ‘Dancing’ was beyond annoying as the second one.

Ultimately, I’m left bitter, even though the series was fifty-fifty. Hopefully next season is better!