Perhaps the true rose of an anime are the relationships forged between characters—their interactions, chemistry and compassion for each other often serve as the backbone for good storytellying. However, it can also lead to some of the most frustrating experiences for the audience, tearing friends apart over personal preferences and disagreements. It’s difficult to say whether relationships are more flower than thorn, but for the most part, shipping wars are rather….

It breaks my heart to see people disrespecting others. I’m from the perspective of trying to understand people’s motivations and values, learning about their opinions and sometimes offering my own. So when I go into threads or tags for shows, and see them up to the brim with pairing-hate, I get pretty pissed off.

That all being said, I do have my own favorite ships. And while I could jump into the realm of shoujo anime, I thought I’d stick with some shounen. The genre isn’t supposed to be about good romance, so what better than to subvert expectations and find a true gem!

While I can’t say a lot of great things about Fairy Tail as a series, I will say that Mashima surpassed my expectations with Gajeel and his relationship with Levy.

Little is really known about Levy prior to the Phantom Lord arc in the series other than she is an avid reader and Lucy’s best friend in the guild. We know she is the leader of Shadow Gear and that she’s a solid-script mage/wizard. Other than that, our exposure to her isn’t that great: she’s your typical background cutie.

But then everything changed when the Gajeel attacked. 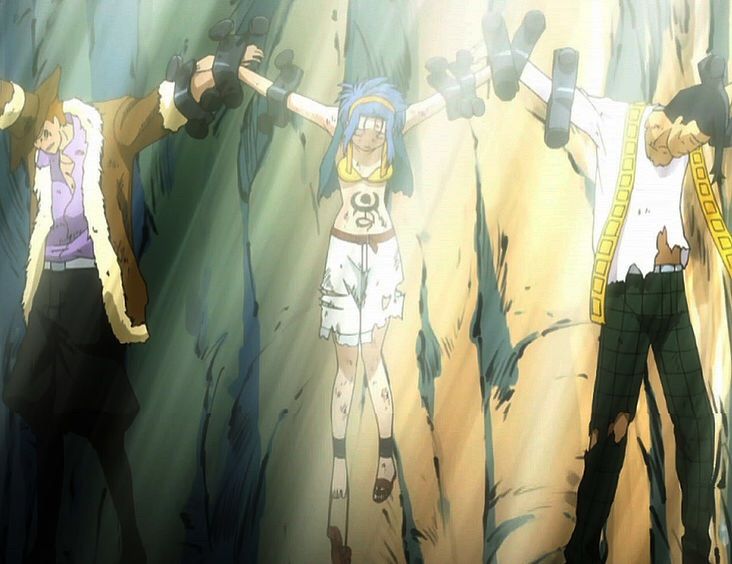 I’ll be honest, while this was truly a haunting image, because of Levy’s weak character development, I was left a bit… meh about it. But that’s a conversation for another day. What we should be talking about it this is the first encounter for her and Gajeel. TBH, I don’t think getting crucified to a tree is a very good first impression, and its not. Levy is timid around Gajeel, untrusting and avoids him once he joins the guild. It would have been bettter if we had seen some panic attacks and clear representation of physical trauma, but I digress. There is, at least some, wariness.

This changes when Gajeel takes a beating from Laxus without any resistance, and then defends Levy when Laxus attempts to strike her. What’s important to note is that Gajeel’s character doesn’t flip a switch. He’s still very nasty, very shady and sketchy. We don’t trust him at all, and we shouldn’t, but Mashima begins to plant the seeds which will flourish into a solid relationship and redemption.

Redemption arcs don’t come easily: realistic growth for a character’s values, moral code and motivations from one point to another, without erasing their true personality is one of the greatest challenges in good writing. In my experience, it is this pacing that defines a character’s success in transitioning from good to evil.

But when done well, these arcs are some of the most satisfying options in the land of storytelling. To acknowledge the very human quality of failure and making mistakes and to underscore it with malignant harm, is to expose the harsh reality that humans aren’t always nice. We’re quite mean, all of us. We have the capacity to hurt others for no reason, and we all have fallen into that capacity in some shape or form. Which, to be fair, is a rather despondent thought. However, these arcs prove that while this characteristic is present in all of us, and for some, more present than others, it can be overcome. We can repent; we can grow. We can be different than what we have become. The argument that humans don’t exist in a static sphere, that we’re so fluid and capable of change, is nothing short of the word amazing, and it provides tremendous encouragement.

Gajeel is one of these characters, and the root of this growth lies in Levy’s influence. Their relationship begins as partners when Makarov selects Levy, not Gajeel, to participate in the S-Class trials. There’s some lovely banter in this Tenrou Island arc, including the head-pats above.During this arc, we get the classic Iron with a heart in it, as well as Levy taking care of him when he’s unconscious.

From here, we get many glimpses into their blossoming relationship: their dance, the Ryuzetsu Land aquarium, the Grand Magic Games, the underwater air scene. When Fairy Tail disbands, the duo continue working together on the Magic Council. One part condescending, one part genuine duty to protect Levy, either from guilt or other motives, Gajeel stays by her side, stating: “It is really hard looking for someone so small, so don’t leave my side please.”

The best aspect of Levy and Gajeel’s relationship is that they both aim to get stronger for one another. Gajeel demands Levy become stronger if she wants attention from him, And while this is a joke there is some truth behind it. I want you to become strong for yourself, for me and for us. If that statement isn’t a beacon of encouragement, I don’t know what is.

Finally, they both lay down their lives for each other in the Bradman fight. Yeah, this scene is full of a whole lot of cliches, but it also feels pretty earned. While he’s about to die, Gajeel, who has always been so reserved with his feelings, is bawling, telling the woman who changed his life–who taught him light, softness, and gentleness– that he wanted that future with her. A character who didn’t really care if he lived, now doesn’t want to die. A character who nothing but hate and anger now has tremendous love.

How beautiful it is to have something we want to protect and care for.

How tremendous it is we have the capacity to do so.

Love and watch on, annieme-niac 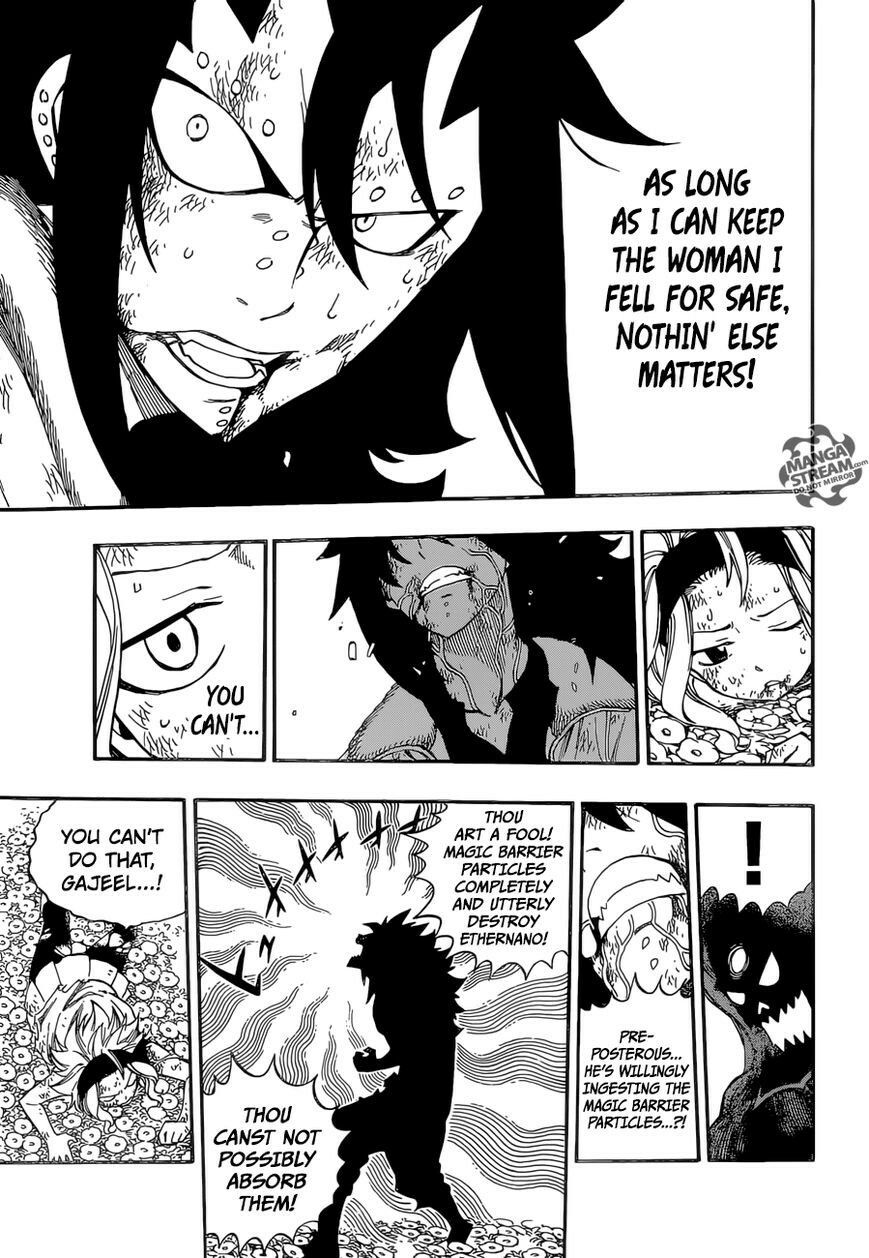 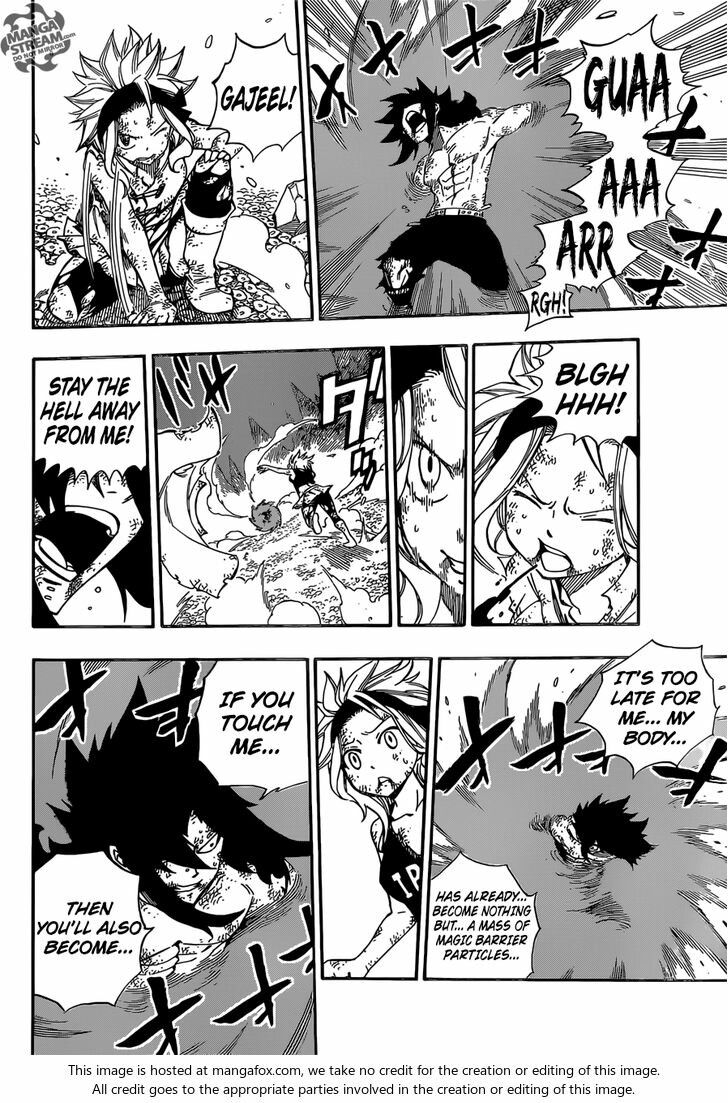 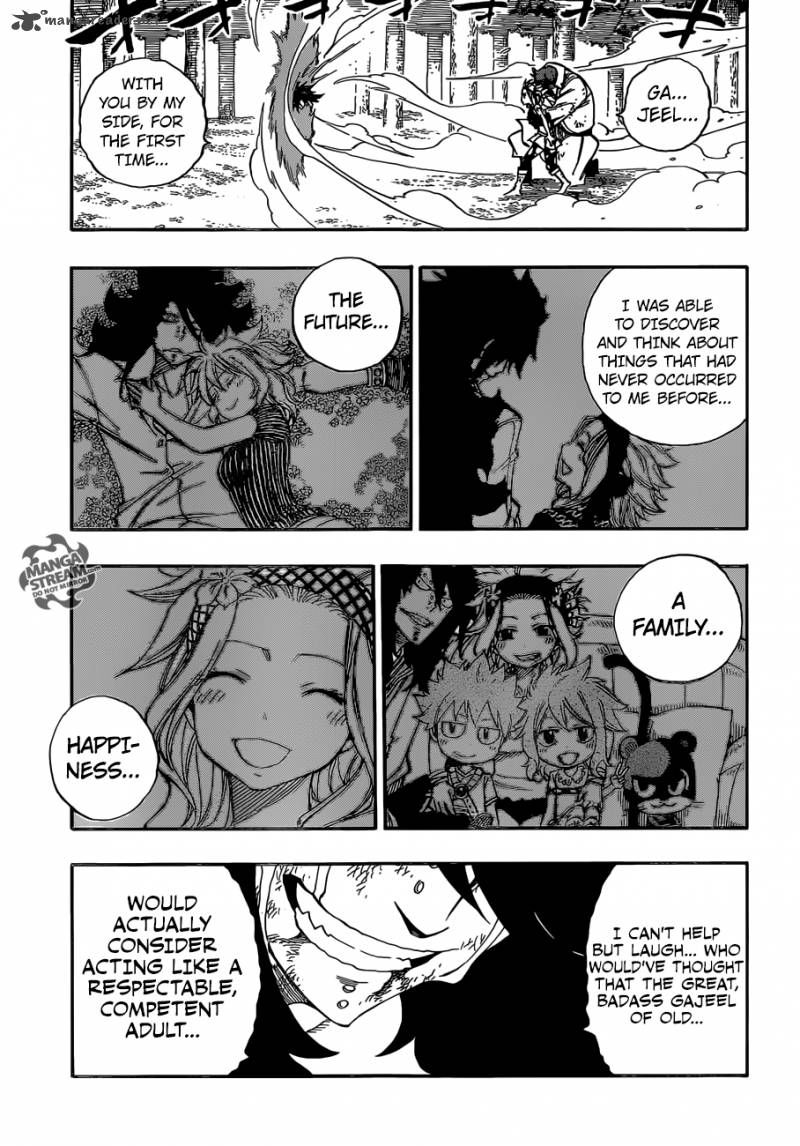 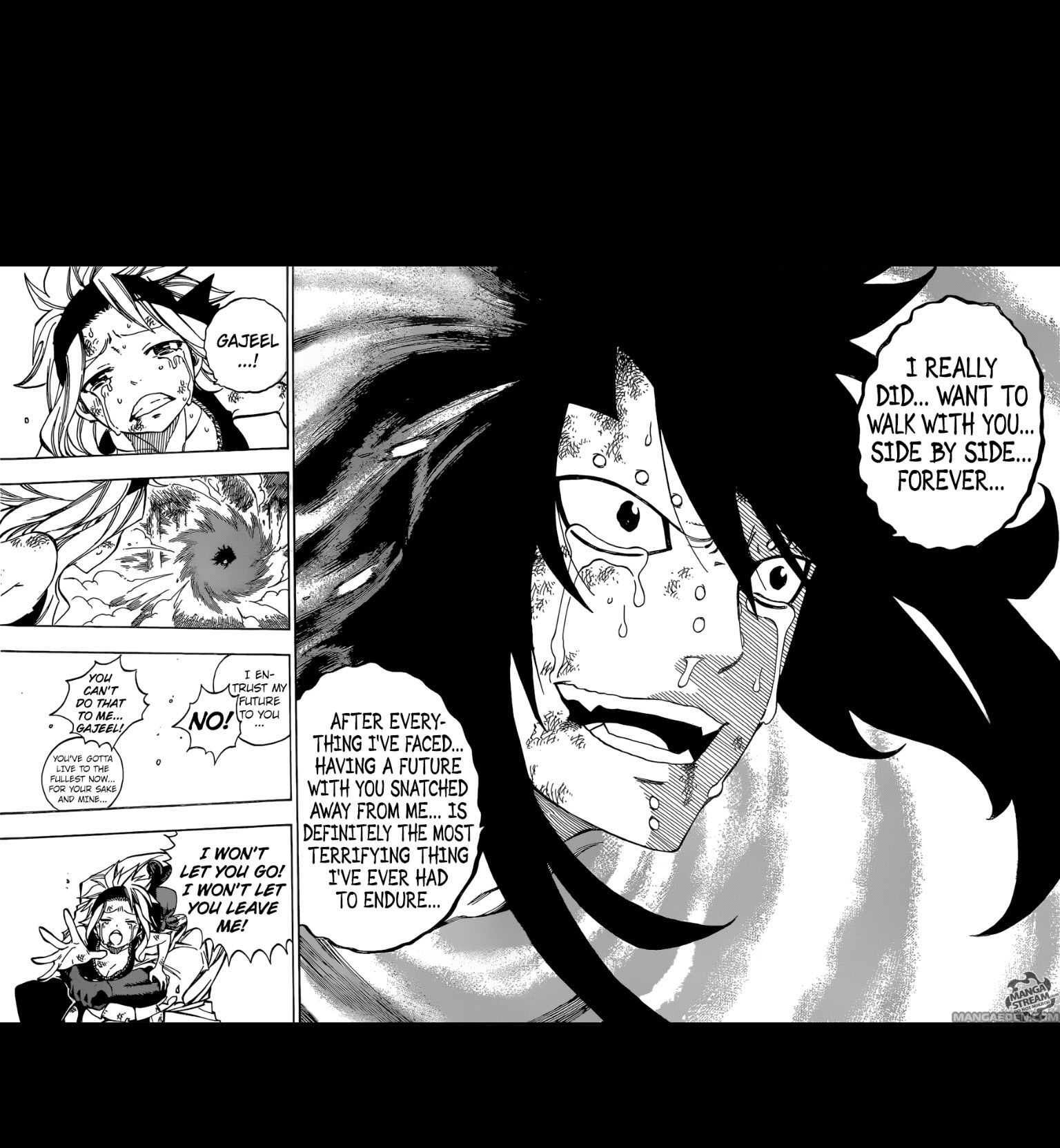