“What am I playing badminton for?” 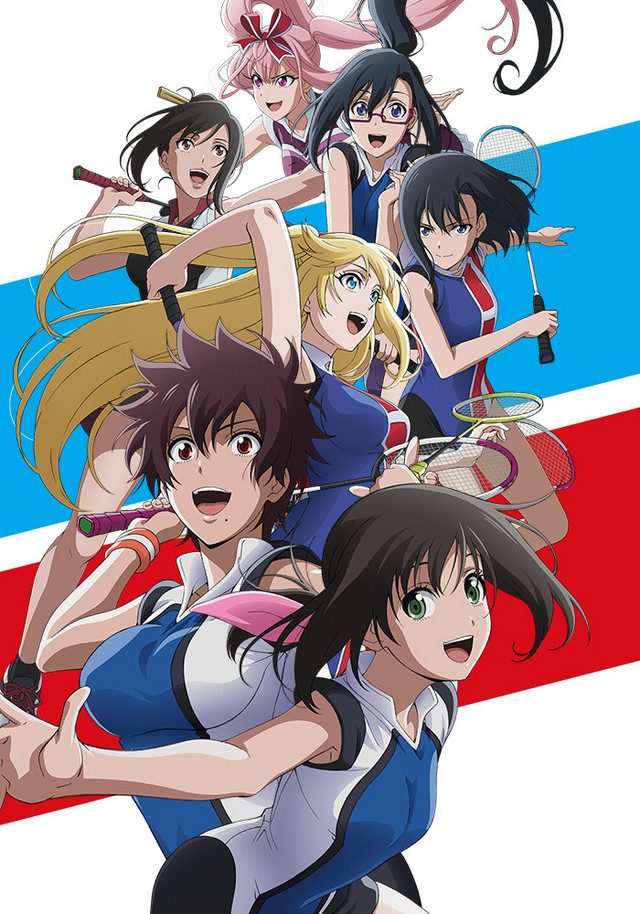 Characterization: 1/5
The characters are laughably shallow. There’s no real hint of depth or true development that’s beyond caricatures. There was real potential here, but it’s squashed by episode 4 or so. The characters are in no way human, and are some of the worst examples of protagonists and antagonists that I’ve seen in anime.  Oooof.

Plot: 2/5
The series wants to be edgy by not following the “teamwork/hard work” tropes we’ve come to expect from sports anime, but it ends up giving us its own version of it.  It’s thirst for wanting to be different just leads to an overly convenient script, yawn-inducing “twists” and lackluster rising and falling action. Ugh.

Realism & Authenticity: 1.5/5
Don’t expect to learn anything about badminton. And don’t expect training arcs here, either. Characters are just good because they’re good, and we’re supposed to accept that. They win just because they want to win. Everything is so ridiculously contrived that I’m left with a burn of bile in my mouth.

Sound & Animation: 4/5
Special Bonus Points are awarded for animation and cinematography, here. And is the only real reason to watch the series as all. The production quality is truly astounding, so there’s that if you’re in the Sakuga Community.

Let’s start with the good, okay?

The one amazing aspect of this show is its production: shot composition is truly a work of art, where lighting, focus, panning/zooming and all other parts of the visual presentation of badminton is executed with true and unbridled excellence. I’d argue the animation is better than Haikyuu!!, and that’s saying something when the team at Production I.G. studied professional volleyball players so they knew they were getting muscles down right. There aren’t any cut corners; There are no short cuts.

I wish I could say the same for the writing of the series. It’s like sitting in an almost-cold bath (i.e. colder than lukewarm and tepid, but not enough to be an ice bath–just enough to annoy your pruney self).

The characters are the worst offense in my opinion. We had ample opportunity here to do something great with Ayano–something which could have shown the struggles familial fame and abandonment. The entire time, we’re told and not shown that Ayano “hates” her mother because she left her as a child, but we don’t really get to see this take fuition or grown into something meaningful.

Most notably, they change Ayano’s animation, giving her this personality/identity disorder without any true evidence or thought. I’m not doubting that this can be a by-product of abandonment: brain’s can be really sh*tty and we don’t know what’s going to mess us up. But If this is really dissociation that Ayano is experiencing, then she shouldn’t remember parts of her matches. It’s just dramatic for the sake of being dramatic.

Let’s take another look at that pupil dilation:

This is truly an example of what not to do for an antihero archetype if I’ve ever seen one, but I digress.

If Ayano’s (for lack of a better word) twisted personality wasn’t enough, we have her mother and her mother’s prodigy, Connie Christensen, to juggle as well. While we’re told or shown how these characters are anatagonists, they really don’t hold any water as characters. Instead, they fall into the “bad but not really” trope. Connie, who initially comes off as boarish and aggressive, turns into the tsundere and shy thing who just wants to be sisters with Ayano. Where’s the jealousy? Where’s the mutual feelings of abandonment and betrayal? We’re left confused, really. You could argue that this demonstrates or symbolizes depth of character, but I heartily disagree.

Similarly, her mother abandons Ayano without a second thought and leaves her for years–supposedly, to make her stronger–only to adopt another little girl? This when Ayano’s childhood had previously been filled with nothing but positive moments? Think about it. In all the flashbacks apart from the one wherein Uchika leaves, Ayano is seen happy and healthy. Her mom clearly loves her. There are so many inconsistencies in character arcs that we’re left frustrated, and if you’re anything like me, annoyed.

Nagisa’s character development happens all in one episode, too, which is pretty disappointing when you consider she’s the other main character for this series. The plot is not only filled to the brim with holes and hollow  conveniences, but is also poorly paced. Ultimately, it’s juvenile progression devoid of logic or finesse for the sake of yawn-ful melodrama which I can’t empathize with.

You don’t get to learn anything interesting about badminton, either. Despite the fact that the characters are playing badminton for the majority of the time, I still no zero about the sport. Combine that with the fact all of the character’s are smiling on the cover and this is very much not a smiley anime, I can’t help but feel a little cheated.

I wanted so badly for this to be good. The first episode had me so excited for a quality sports anime surrounding a woman-centered cast. But it’s painfully not good. It’s not even painfully average and gets added to the small list of sports anime that I haven’t enjoyed.