“No matter how many people you may lose, you have no choice but to go on living. No matter how devastating the blows may be.” 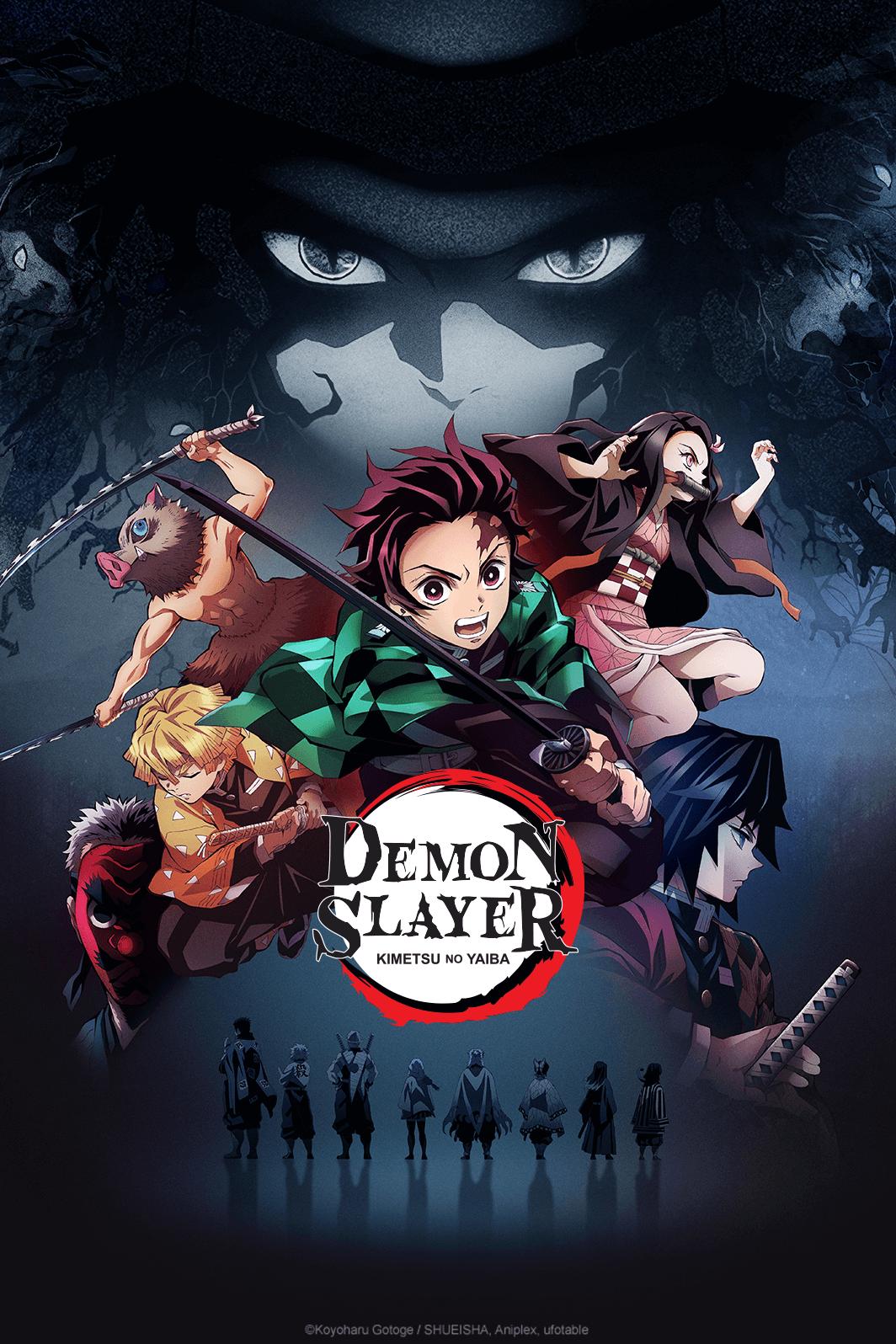 Demon Slayer: Kimetsu no Yaiba  follows Tanjirou Kamado, a lad struggling to support his impoverished family who live in the mountains. One day he goes down to the village to sell some charcoal, only to return the following morning to find his family slaughtered. The sole survivor is his sister, Nezuko, who has been turned into a bloodthirsty demon. Tanjiro vows to avenge his fallen family and restore Nezuko’s humanity, ultimately joining the Demon Slayer Corps as a means to execute his vendetta.

Characterization: 3/5
While Tenjiro can be a little frustratingly slow or dim-witted, it’s all done authentically to genre. He’s the very good boy with values that we see so often in these shows. Just because it’s common doesn’t mean it’s good writing. Dare I say, the characterization of Demon Slayer is pretty shallow.

Plot: 4/5
The story isn’t bad. It’s fairly standard and is easy to understand, however, the pacing is pretty poor. It’s also predictable. If you want a shock-factor, this isn’t the series I’d recommend.

Realism & Authenticity: 4/5
Very authentic to the genre. If you want action, demons, historical, supernatural and shounen, this will be up your ally. The realism is another story, though.  Awkward dialogue and monologues.

Sound & Animation: 5/5
This is a beautiful series. The animation is some of the best of the generation, and should be appreciated fully. Does this make up for some of our other issues we mentioned before? Eh. It’s up to you.

The realism is a bit of a mixed bag if I’m honest. This is a world where demons are so common that there is an entire corp employed to fight them, and yet Tanjiro and his family know very little about them until their personal murders occur. These kind of inconsistencies are pretty prevalent in the show.

Additionally, there’s the problem of awkward dialogue. There’s wholly too much of it as a tool to restate exposition. If we can already see what’s happening, we don’t need to be told it as well. This is, unfortunately, a situation where dialogue and monologue are being used to tell the audience things rather than show them. Ideally, a work as a whole should be a mixture of both, but when two devices are performing the same function, one of them is unnecessary and should be cut. This causes a train wreck for pacing in our very action-oriented scenes.

Speaking of pacing. During the training arc in episode two, Tanjiro says: “But that doesn’t mean I have the athleticism to dodge every one of them [the training traps]”.  This shows a bit of realism and refreshing pacing for a shounen— a flag that says “we’re gonna take things a bit slower, here, folks!”. And yet episode three’s pacing directly contradicts that which was set in the previous two episodes. It moves through the training arc at ridiculous speeds, to the point I’m a little annoyed. Furthermore, the arc (lasting two years) results in little actual character progression. I understand most people would find training arcs to be filler or unnecessary or boring or whatever, but they are crucial in establishing realism and reliable narrating.

When she finally wakes up, she’s hypnotized in believing humans are good and demons are bad, which is nothing short of a cheap trick to avoid giving us meaningful character growth. What’s more, if this is a legitimate way of teaching demons not to kill people, why isn’t it seen in other cases?

A big red flag for Nezuko is also her design, mainly, the bamboo in her mouth. There are other demons who are able to control themselves and not attack humans, right? We see this with Tamayo and Yushirou. Maybe the reasoning is that Nezuko is a wee hatchling of a demon and therefore isn’t strong enough to fight off those primal urges. But later on, she does stop herself: she’s stabbed repeatedly and turns her nose up despite her hunger. Therefore, is it necessary to muzzle her? Is it worth the cost? The muzzle makes Nezuko literally voiceless in a genre that already treats women poorly. She’s even placed in a box and only comes out on convenience to save her brother. It just further supports the argument that she’s an object and not a person. Where are her qualities? Goals? Faults? In a show that’s main plot is fighting for Nezuko’s humanity, the writers do very little to give her realistic attributes as a main character.

It’s not just Nezuko, though. The villains are all demons with whom we’re supposed to sympathize. The sympathy is good, but poorly executed. You can’t just throw in a flashback or dialogue right before they die explaining that they’re not all bad. That’s not how good writing works. Give us the slow-drip method. Let us acclimate. The supporting protagonists: Zenitsu and Inosuke? I was disappointed and thought they would be more present in the show.

Ultimately, people either love or hate Demon Slayer. I mainly addressed my complaints in this review, but it does have redeeming qualities. It’s still a high-quality big-budget production. I guess I was left wanting more given all of the hype.

What about you guys? What did you think of the series? Let me know in the comments below!